If temperatures continue to rise, we could hit critical thresholds that significantly accelerate climate change. In climate research, these critical thresholds are called tipping points or tipping elements. They are a part of the global climate system. Passing even just a few tipping points will have extensive environmental impacts that jeopardize the basis of life for many people, animals, and plants. Such an event could also trigger a chain reaction, where the passing of one tipping point leads to further tipping points being passed. Scientists refer to this as a feedback process.

Many processes related to the tipping points have not been sufficiently researched yet. As a result, it is also difficult to estimate when and to what extent tipping elements will occur. Nevertheless, it is important for climate research to define them. Aided by climate models, scientists are able to calculate different scenarios, providing them with guidance on where they should focus their research in the future.

Overview of the most important tipping elements:

Melting of the Arctic sea ice

Arctic sea ice plays an important role in the Earth’s climate, as it provides cooling all year round. However, this ice has been disappearing at a rapid rate for several decades. Scientists therefore expect that by the end of the century the Arctic will be ice-free during the summer. Several mechanisms are also contributing to the fact that global warming in the high northern latitudes is occurring about twice as fast as the global average. One of these mechanisms is the ice-albedo feedback: In the places where the ice melts, a darker subsurface usually emerges. This dark, exposed surface can absorb more solar heat, which in turn accelerates the melting of the remaining ice. Scientists expect that sea levels could rise more than six meters if global warming reaches four degrees.

The Greenland ice sheet is also slowly melting. At present, it still extends up to three kilometers into the atmosphere, where it is exposed to cold temperatures. However, as the ice sheet melts, it drops into warmer layers of air, which in turn increases the melting effect. If emissions continue to rise, the ice sheet could even melt completely by the end of the millennium, leading to a rise in sea levels of up to seven meters.

Warming seawater due to climate change could melt the icebergs on the Antarctic coast to the point where the continental ice masses behind them begin to flow. The complete collapse of the ice sheet would raise global sea levels by four to five meters.

The Arctic permafrost in Siberia and North America are important global carbon reservoirs. Analyses by American scientists demonstrate that the permafrost regions have already warmed by up to four degrees between 1990 and 2016. As permafrost thaws, microorganisms break down and release the trapped carbon. Approximately one billion metric tons of carbon are stored in the top three meters of soil alone. Permafrost can reach much deeper, however. In yedoma layers of soil, another several hundred billion metric tons of carbon are presumably stored at depths of more than three meters.
Researchers estimate that around 15 percent of the stored carbon might be released by the year 2100, which could significantly accelerate global warming.

Release of methane from seabeds

Methane has a much greater negative impact on the warming of the climate than CO₂. It is a short-lived greenhouse gas that oxidizes into carbon dioxide in the atmosphere within a decade, thereby further accelerating the pace of global warming.
Methane outgassing from the oceans represents a tipping element. Methane trapped in ice is called methane hydrate. It is found distributed across the world in the oceans and especially in seabeds. Methane hydrates are considered a slow tipping element. That is, as the oceans warm, they have been slowly dissolving for thousands of years. With increased warming, there is a risk that the ice will melt and release large quantities of methane, with disastrous consequences for the climate.

Deforestation and fires in jungles and boreal coniferous forests

The Amazon rain forest and the boreal coniferous forests in Canada, Siberia, and the Scandinavian countries are suffering greatly from global warming. Droughts, fires, and deforestation all threaten to destroy them. If the destruction is not stopped, it will lead to a massive release of carbon dioxide. This is due to the large amounts of carbon stored in each tree. If the trees die, these carbon stores will be released—with disastrous consequences for the climate: Scientists estimate that 80 to 120 billion metric tons of carbon are stored in the Amazon region alone. As a result, the Amazon rain forest could change from being a carbon sink into a carbon source as early as 2035, meaning that it releases more carbon than it absorbs.

Carbon uptake by the oceans

The world’s oceans absorb huge amounts of carbon. To date, some 40 percent of anthropogenic CO₂ emissions have been stored in the oceans, primarily in algae, which absorb the CO₂ in order to grow. When the algae die, they take the sequestered carbon with them to the ocean floor. This function is known as the marine biological carbon pump. Due to global warming, the oxygen content of the sea will decrease. As a result, fewer algae will grow and the sea will be able to absorb significantly less CO₂.

Ocean currents have a major impact on the climate system. For example, the Gulf Stream, which is a current in the Atlantic Ocean, carries warm water along the ocean surface from south to north, where it transfers heat to the cool air. The North Atlantic region is thus “heated up” all the way to Europe. Without it, temperatures would be much colder in northern and western Europe, almost as icy as Siberia in winter. However, the water in the subpolar North Atlantic has cooled markedly since the middle of the 20th century. Scientists suspect that the slowing of the Gulf Stream could be the cause. The reason for this, in turn, could be the increased freshwater inflow. This means that freshwater inflow is increasing due to the melting ice in the north and slowing down the Gulf Stream because of the water’s lower density.
Global warming could cause the Gulf Stream to slow even further. It is already 15 percent slower. This could have serious effects on marine ecosystems and intensify the rise in sea levels, especially along the US Atlantic coastline.

Disturbance of the El Niño phenomenon

El Niño describes a weather phenomenon that weakens the trade winds and can create an opposing current, which warms up the southeastern Pacific Ocean off of South America. The consequences are felt around the world: droughts in Australia and Southeast Asia, increased precipitation on the west coasts of the Americas, and, in worst-case scenarios, more frequent monsoons. Unchecked climate change may lead to stronger and more frequent El Niño phenomena. 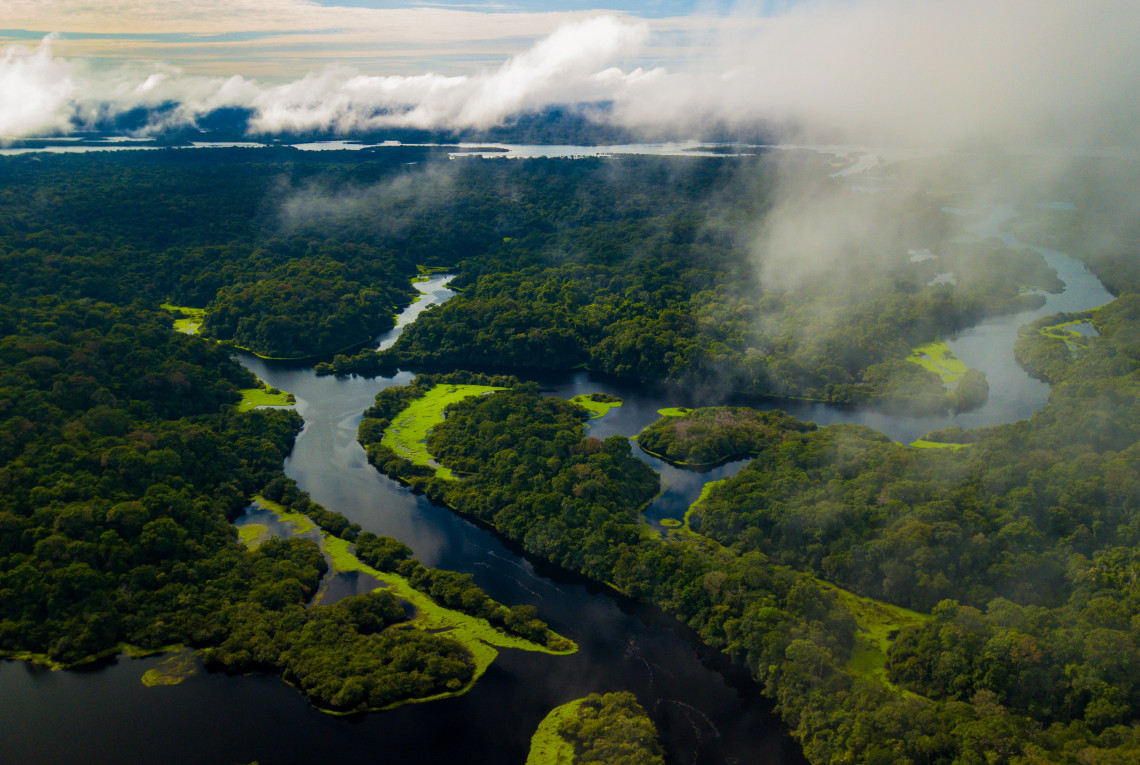