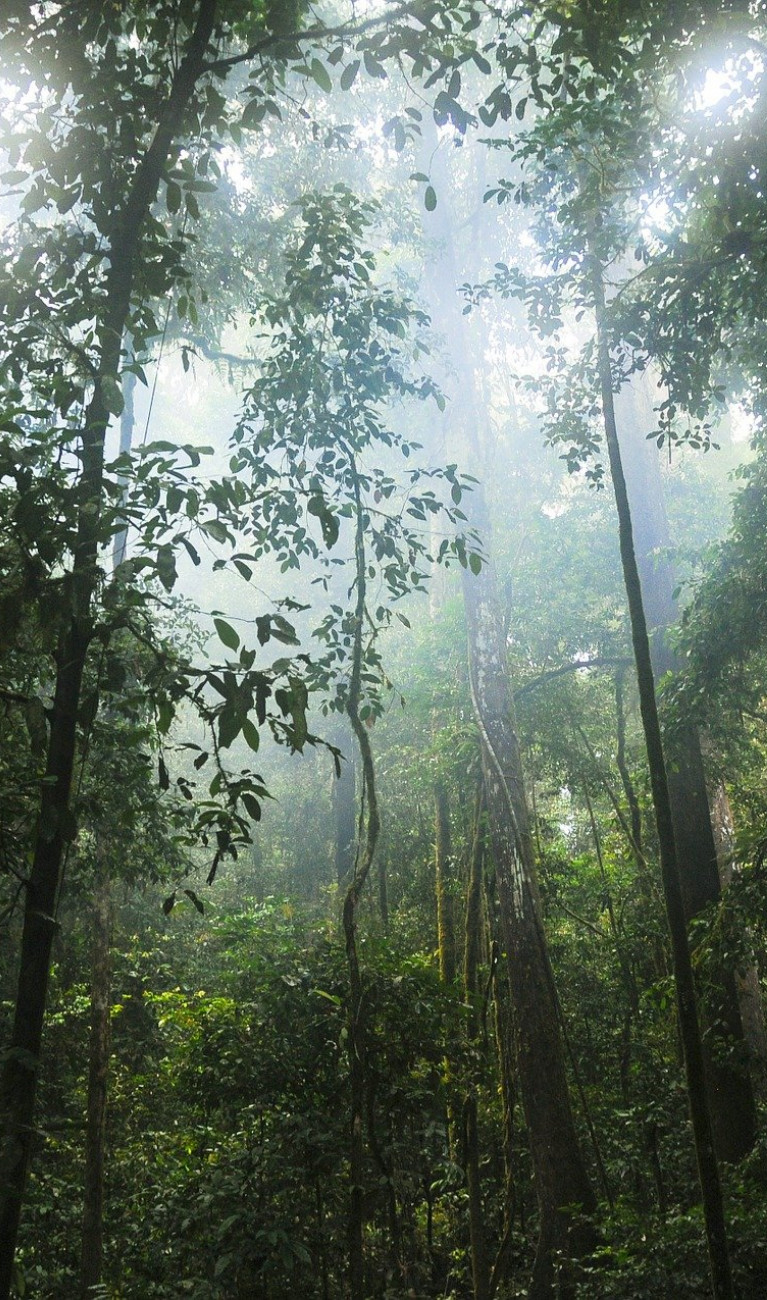 Climate change could cause massive changes to the Earth system. Precisely when critical tipping points will be reached is difficult to predict – but with rising temperatures, we can expect increasingly uncontrollable consequences. What will happen if we fail to achieve the 2 °C climate target of the Paris Agreement?

A rise of a global temperature of 2 °C would endanger the majority of coral reefs, cause large areas of permafrost to thaw, melt Arctic ice, and cause the oceans to absorb even more CO₂. Even if we succeed in reaching the climate targets of the Paris Agreement we will ex-perience some radical changes (more on them here). However, the consequences would be much more severe if we fail to reach the 2 °C target. In this case, more components of the Earth system would likely fall out of balance, with severe consequences for our environment: massive changes to critical ocean currents, weather patterns, and forest ecosystems.

In a 2–4 °C scenario – which we are currently heading for – we would probably see feedback phenomena where one tipping point triggers subsequent tipping points, with the potential to unleash further consequences for our climate. The vicious circle of these feedback processes would be virtually impossible to stop, making the situation progressively worse.

One example: If the white areas of the North Pole - covered by snow and ice - keep shrinking, less solar radiation will be reflected back into space – which in turn would lead to further atmospheric warming and thus to an increase in the volume of water in our oceans. The resulting rise in sea levels would directly affect several hundred million people living in coastal regions and island nations. Even global weather phenomena such as monsoon winds or the El Niño phenomenon would drastically change and intensify as a result of ice melt.

In a similar vein, a reduction of the Amazon rainforest and northern coniferous forests would not only lead to a loss of biodiversity, but would also mean the Amazon would absorb significantly less CO₂ out of the atmosphere. “The forests really are our best friends in the fight against climate change because they absorb large amounts of CO₂,” explains Nadine Rühr of the Karlsruhe Institute of Technology’s (KIT) Campus Alpin center. “If this absorption now declines, this will drive climate change even further.” Additionally, an increase in extreme droughts, fires, and deforestation could also release trapped CO₂ back into the air.

If East Antarctica would melt completely, the sea level could rise massively worldwide. In contrast to the West Antarctic Ice Sheet, the East Antarctica is considered fairly stable due to the fact that it largely lies on solid ground and above the surface of the ocean. However, current studies have shown, that even East Antarctic ice shelves that were previously considered stable are now warming and exhibiting high melt rates.

The latest ice sheet simulations indicate that a rise of 2.6 °C in the global mean temperature has the potential to cause widespread melting of East Antarctica as early as within the next few centuries.

Destabilization of the Indian monsoon

The Indian monsoon occurs when the land and sea areas surrounding the Indian subcontinent heat up to different degrees of intensity. During the summer, the southwest wind carries large amounts of moisture in from the Indian Ocean (summer monsoon), causing heavy rains. In the winter, dry winds come out of Asia from the northeast (winter monsoon), and there is little rain. Because the Indian monsoon causes such an uneven distribution of rainfall between seasons, this weather phenomenon is extremely important for regional agriculture. Climate change and higher atmospheric temperatures may cause the summer monsoon to bring heavy rainfall resulting in massive flooding. Processes like deforestation, however, may simultaneously counteract to this development, since they cause the Earth's surface to have a lighter color and therefore not to heat up so intensely.

Whether it is the weakening or the strengthening of the monsoon system that will predominate in the future remains unclear. In the case of a weakening of the system, the monsoon would form less extensively – or in a worst-case scenario not at all. A lack of precipitation would then cause increased dryness and drought.

Shift of the West African monsoon/Sahara

In West Africa, there is a monsoon wind system driven by varying degrees of summer insolation over the North African part of the continent and the Atlantic Ocean to the south. Global warming between the northern land mass and the Atlantic Ocean to the south could cause the neighboring Sahel zone to become either significantly more humid or even drier. If monsoon winds subside, the Sahel zone and parts of the Sahara Desert could potentially become green again.

However, the transport of desert dust into the Atlantic Ocean would also decrease significantly. This would mean that Caribbean coral reefs and parts of the Amazon rain forest would no longer receive sufficient nutrients. Scientists estimate a decrease in the West African monsoon to occur at a 3–5 °C rise in global temperatures.

Disturbance of the El Niño phenomenon

The El Niño–Southern Oscillation (ENSO) threatens to tip into a permanent El Niño state. Normally the Pacific exhibits a clear temperature gradient along the Equator: In the eastern Pacific, water surface temperatures lie at roughly 20 °C while the western Pacific can reach levels up to 30 °C. This results in the formation of a westerly air stream at the Equator as well as high clouds in the western Pacific that transport large amounts of rain to the tropical regions of Indonesia. In the cooler eastern Pacific, where the South American deserts lie, climatic conditions are much drier. Whenever the equatorial air stream diminishes – through a drop in the difference in air pressure between the tropical western Pacific and the southeastern Pacific – the “El Niño state” sets in. This subsequently leads to a rise in droughts and forest fires in Australia and Indonesia. Simultaneously, the dry regions of South America experience extreme rainfall and flooding.

Climate models indicate that the emission of greenhouse gases will cause an intense warming of the eastern Pacific paired with a significantly weaker warming of the western Pacific, leading to a more frequently occurring – or even permanent – El Niño state.

Weakening of the thermohaline circulation

The so-called "thermohaline circulation" is an ocean current many thousands of kilometres long that can be observed across all oceans. It provides a global heat exchange between the oceans and is sometimes also called the "global conveyor belt". The thermohaline circulation carries warm water - along the surface - from the equator to the polar regions, where it cools and sinks to great depths. From there it is transported back towards the equator. The circulation is caused by different temperatures and sea salt concentrations at high latitudes and near the equator. However, measurements indicate that the conveyor belt is already losing it's power. Particularly in the area of the North Atlantic, fresh water - with a lower density - from melting of the Greenland ice sheet is increasingly entering the ocean, weakening the drive. This is because the forcing is caused by cooling and sinking of the North Atlantic deep water. Model calculations show that the circulation could collapse with strong freshwater input.

With a global temperature increase of more than 3 degrees Celsius, the thermohaline circulation could collapse, which would not only affect the ecosystems of the oceans. Temperatures in Europe and along the North Atlantic would cool significantly, and sea levels on the east coast of the USA and Canada would rise even further.

Transformation of the Amazon rainforest

The Amazon is an unbelievably diverse and extremely productive tropical forest that covers an area as large as the USA. It houses an immense biodiversity of plants, animals and other life forms: Roughly 10% of all the Earth’s species live in the Amazon region. The rainforest’s trees and plants are a crucial component of the Earth’s climate system because they evaporate large volumes of water and counteract climate change by absorbing huge amounts of the carbon dioxide in the air and binding the carbon within their biomass. But the Amazon is now threatened – by farming and the cattle industry, by road construction and oil production. A total of 19% of the forest has already been destroyed, and an area equally as large has been damaged – often through deforestation, which releases large amounts of harmful CO₂ into the air. Fires, global warming, and deforestation threaten to reduce the amount of water evaporated by the Amazon, thus reducing the rainfall it produces. Large swaths of the forest would dry out, resulting in significantly reduced biodiversity and a severe long-term drop in the amount of CO₂ it can bind. Because a quarter of the carbon exchanged between the world’s atmosphere and biosphere occurs in the Amazon, the consequences would be felt across the globe.

The tipping point could already be reached at a deforestation level of 20–40%. The latest research shows that, in some areas, the forest has already transformed from a carbon sink that absorbs CO₂ to a source of greenhouse gas emissions – primarily due to drought and large-scale deforestation.

Decline of the northern coniferous forests

At the moment, the northern regions of Europe, Asia, and North America are still covered by vast coniferous forests, the “boreal forests.” The boreal forests of Scandinavia, Russia, Mongolia, Canada, and Alaska constitute over one-third of the world's forest area. Because these forests require cold and snow, they are facing increasing strain due to climate change and now, in addition to human deforestation, are also suffering more intensely from natural events such as fires, storms, dryness, diseases, and pests. Currently, the Arctic is melting at least twice as fast as the global average, which affects the subarctic regions where the boreal forests are found. Excessive pressure on these forests could push them further north, replacing them with grasslands and shrubbery. If the boreal forests would die off completely, this could release a larger amount of CO₂ into the atmosphere than from the entire Amazon rainforest

Boreal plants and animals would suffer tremendously due to loss of habitat. Estimates indicate that the tipping point for the collapse of the northern coniferous forests could be reached even at a 3 °C rise in global temperature.