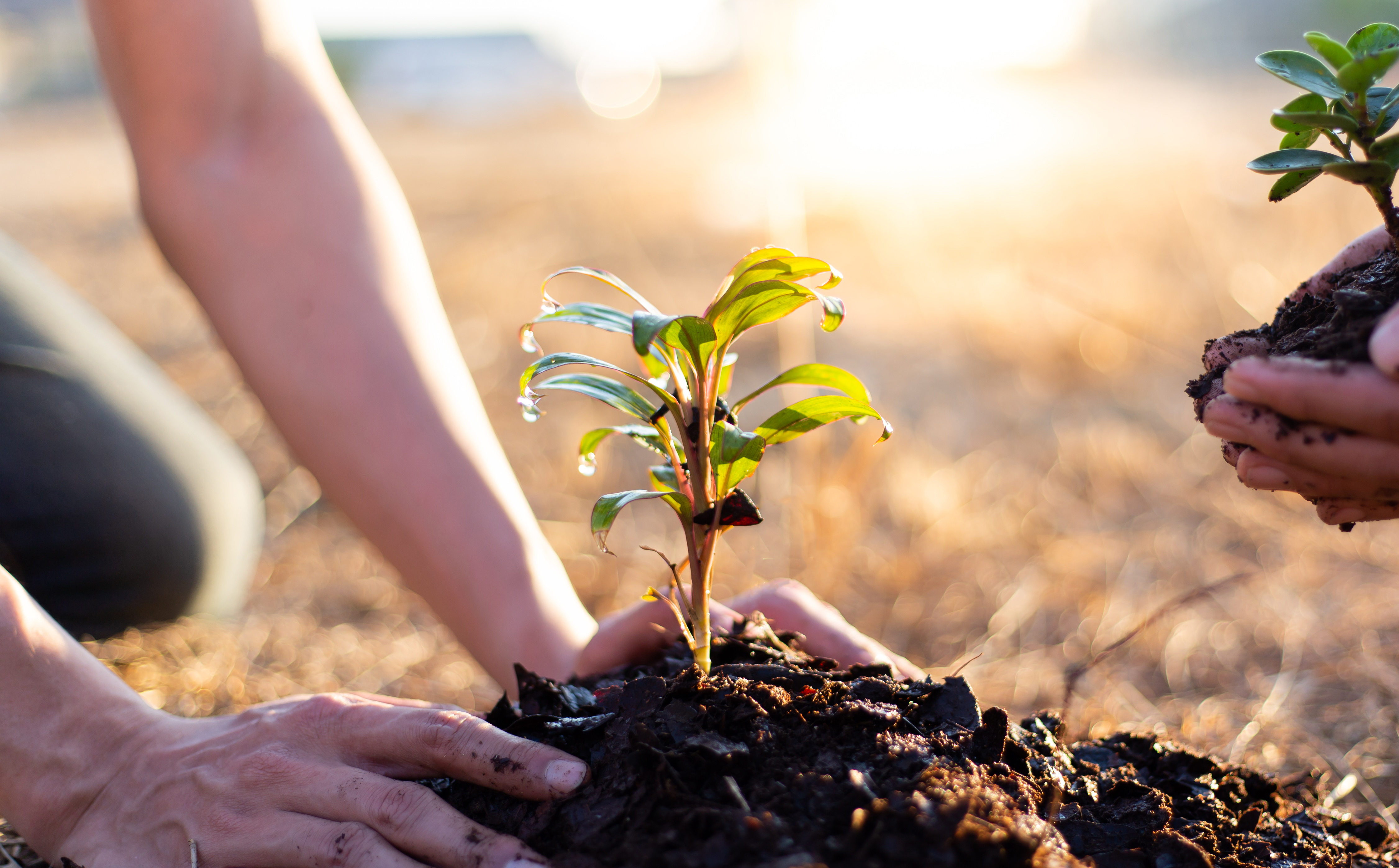 Carbon dioxide can be removed from the atmosphere by natural or technical means. Natural sinks such as peatlands can be restored, and innovative technologies already exist to extract carbon from the air. Researchers from the Helmholtz Climate Initiative's Net Zero 2050 Cluster have identified the approaches with the highest potential for carbon removal in Germany. They show that natural sinks can be expanded in the short term, while high-tech approaches can reduce greenhouse gases only in the medium term and carry potential risks.

To reach the targets of the Paris agreement and limit global warming to 1.5 to 2 degrees Celsius, simply reducing our carbon dioxide (CO2) emissions will probably not be enough, and it will likely be necessary to additionally remove CO2 from the atmosphere. Such CO2 removal could be realized naturally through natural sink enhancement (NSE) such as forest reforestation, or through new technologies which use chemical processes for carbon capture. However, the potential and feasibility of these so-called carbon dioxide removal (CDR) measures depend on many variables, like the availability of infrastructure and resources such as land and energy, to name a few.

Researchers of the Helmholtz Climate Initiative have now for the first time investigated the CO2 removal potentials of different options in Germany by 2050. Based on a literature review, experts' knowledge and an analysis of the conditions in the country (e.g., availability of infrastructure, resources, and technology maturity) the researchers identified and describe 13 CDR options with potential for deployment. “Considering the near-term deployment potentials of the different options is important," explains Malgorzata Borchers of the Helmholtz Centre for Environmental Research - UFZ, who led the study together with her UFZ colleague Daniela Thrän. “While some NSE options are already deployed today, and could potentially be expanded, most of the high-tech options would need years to over a decade to be applied at scale. Additionally, the implementation of DACCS and BECCS options depends strongly on the availability of carbon storage, which is currently constrained by laws in Germany and could be unlocked by changing the current regulations. Nevertheless, it is still important to develop these technologies further so they could be deployed in the later part of the century if needed.” 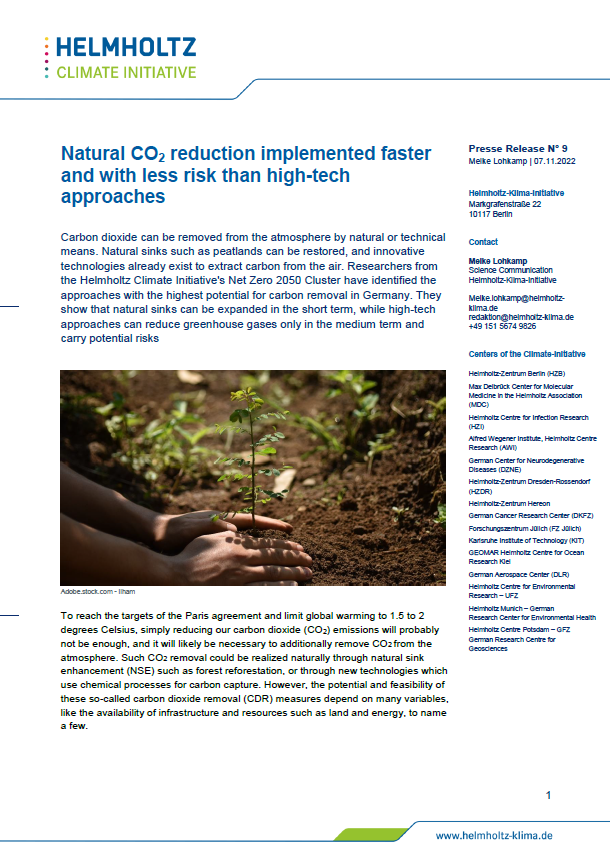 Bioenergy with carbon capture and storage has the highest removal potential

The concepts proposed vary widely in their annual CO2 removal potential, ranging from 62 thousand tons for seagrass meadows restoration in the Baltic Sea to 29.9 million tons for biomass combustion for combined heat and power generation with carbon capture and storage (CCS). Bioenergy with Carbon Capture and Storage, or short BECCS, offers the highest specific removal potentials. With BECCS, CO2 is removed from the atmosphere through the photosynthesis of plants, which is used as biomass for energy production (e.g., heat, electricity or fuels). During the conversion of biomass to energy, CO2 is released and captured for subsequent carbon storage. From the perspective of the amount of CO2 removed, particularly interesting is a concept in which former coal-fired power plants are used for the combustion of wood pellets for the simultaneous production of energy and heat, the so-called cogeneration (CHP). Each such power plant of 500 MW electric size could remove just under 3 megatons CO2 per year. However, Borchers points out: “The use of woody biomass in large power plants on a bigger scale is likely to significantly increase the overall demand for biomass. We will need to import biomass from outside of Germany, which could likely have negative environmental effects on forest ecosystems abroad, and cause additional CO2 emissions”.

Direct capture of carbon from the air also has high potential

According to the new research, another CDR concept which could provide high removal potential is a form of Direct Air Carbon Capture, or short DACC, where big farms of DACC absorbers are installed. Each such farm could remove up to one million tons of CO2 per year, assuming that effective CO2 storage can be implemented. However, Thrän objects: “Considering the typical size of such a farm and the associated energy demand, it is questionable if this technology is possible within Germany. The energy needed for one such farm would be comparable to annual energy demand of 720.000 German households”.

Natural weathering of rocks in front

Other BECC and DACC options show smaller CO2 capture potentials. For natural sink enhancement options such as the rewetting of peatlands, the afforestation of croplands or enhanced rock weathering, the potential varies from 1.5 to 9.5 tons of CO2 removed annually from each hectare of land on which they are applied. Of these natural approaches, enhancing the natural weathering of rocks has the highest removal potential per area. Carbonate and silicate minerals could be spread in powdered form on land, e.g., on agricultural soils to remove CO2. If basalt was spread over cropland, Germany could remove up to 5.82 million tons of CO2 each year. However, Thrän cautions, “there is a substantial energy demand associated with this CDR option from extraction to crushing and grinding of silicate rocks. Additionally, also environmental impacts should be further investigated, as there still is a need for more conclusive results.”

“Estimates for the carbon dioxide removal needed for Germany range from 3 to 18 gigatons CO2 between today and 2100, depending on what we assume is our historical responsibility, capability and contribution towards global equity,” explains Borchers. “And of course, the amount of CO2 we will need to remove strongly depends on our actions to reduce and avoid emission in the coming years.”

Learn more about the different approaches to carbon dioxide removal on the Helmholtz Climate Initiative website. 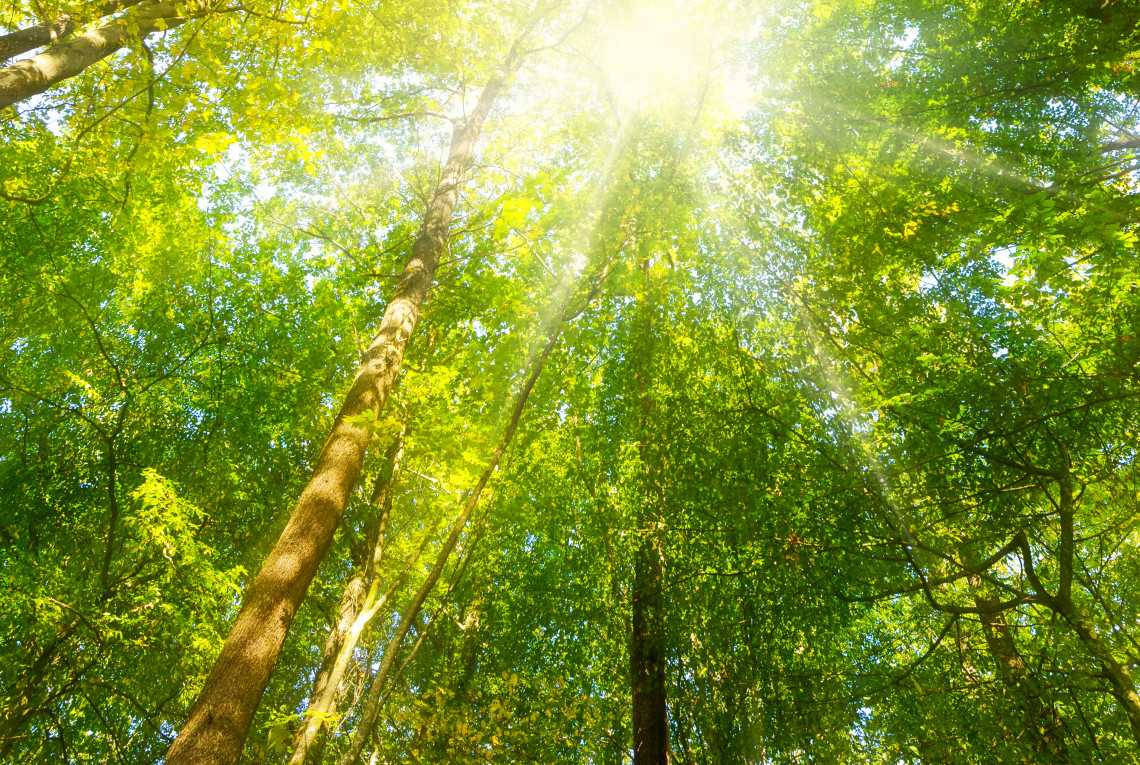 How CO2 can be removed from the air 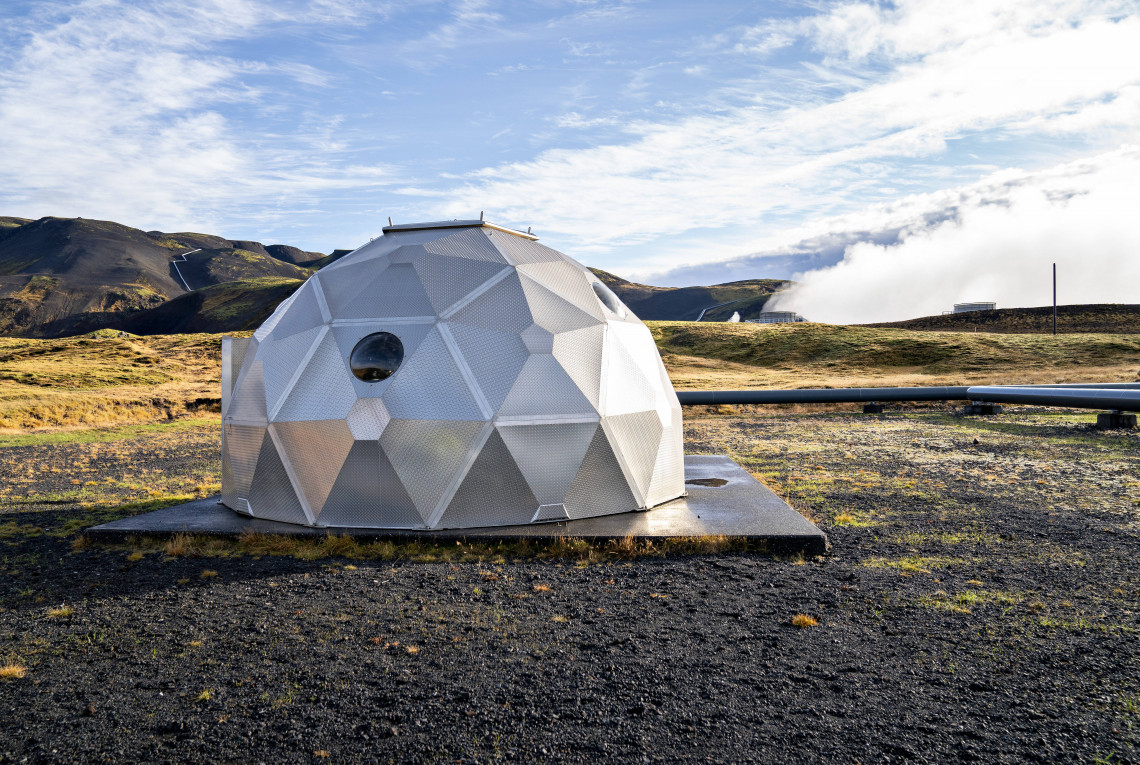 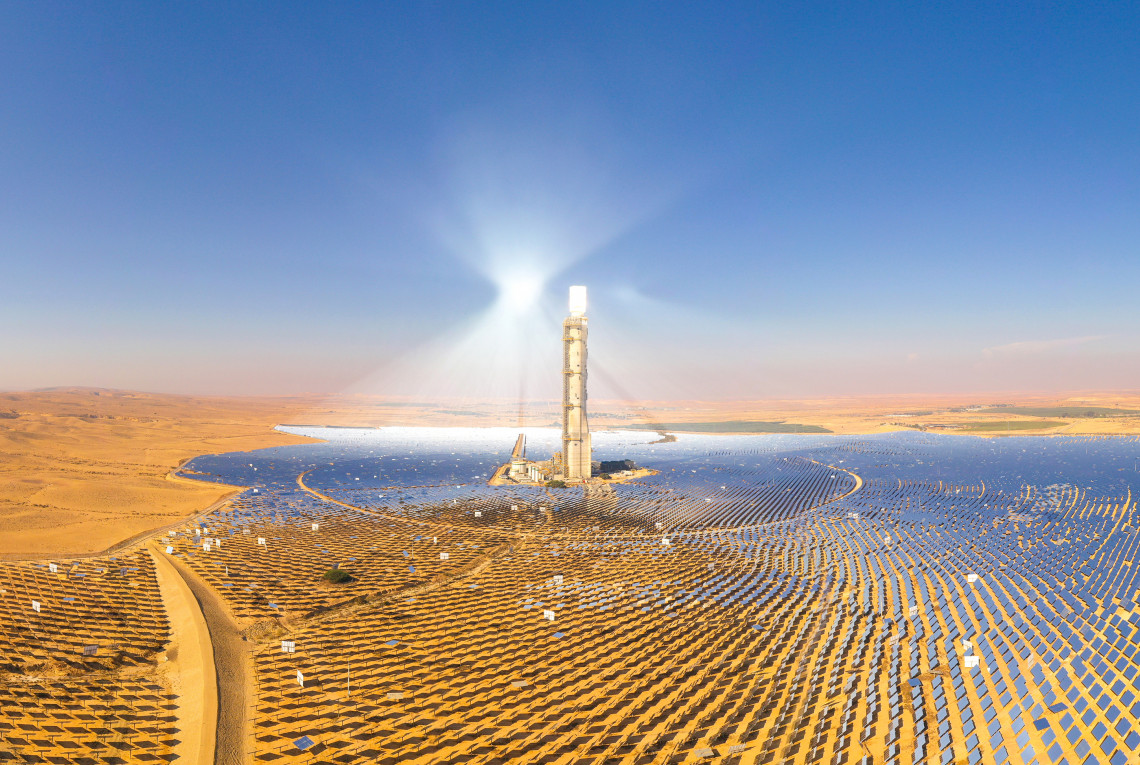 How to use greenhouse gas CO2 as a natural resource